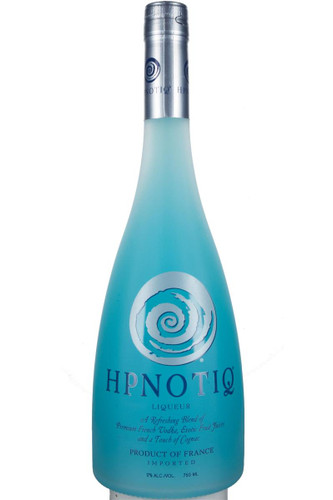 Bottled in France, Hpnotiq is an exquisite blend of premium vodka, natural tropical fruit, and a hint of cognac which combine to produce its signature frosted blue color. Its light refreshing taste and limitless mixability constitute Hpnotiq as one of the most versatile and unique liqueurs on the market today. From the Sundance Film Festival to Las Vegas nightlife to New York fashion week, Hpnotiq is seen and tasted at the hottest spots across the nation.

France is the standard bearer for all the world’s wines, with regard to the types of grapes that are used to make wine and with the system of defining and regulating winemaking. Its Appellation d’Origine Controlee, or AOC system, is the legislative model for most other European countries. Most French wines are named after places. The system is hierarchical; generally the smaller and more specific the region for which a wine is named, the higher its rank. There are four possible ranks of French wine, and each is always stated on the label: Appellation Contrôlée (or AOC), Vin Délimité de Qualité Supérieure (or VDQS); Vin de pays, or country wine; and Vin de table. France has five major wine regions, although there are several others that make interesting wines. The three major regions for red wine are Bordeaux, Burgundy, and the Rhone; for white wines, the regions are Burgundy, the Loire and Alsace. Each region specialized in certain grape varieties for its wines, based on climate, soil, and local tradition. Two other significant French wine regions are Provence and Languedoc-Roussillon, both in the south of France. Cahors, in the southwest of the country, produces increasingly good wines.

Region Description\"Scotch/Whisky\" is one of the worlds' most widely consumed spirits. Its home is

Aperol is the perfect aperitif. Bright orange in color it has a unique bitter-sweet taste deriving f

The secret of Pernod begins with its essence, which includes star anise, also known as badiane. Take

Luxurios, rich, intense flavor of black raspberries mingled with a hit of honery and creamy vanilla

Aromas of yellow grapefruit skin and a hint of ripe strawberry. On the palate, the flavors head towa

Being aged after brewing for one month in its fresh state around 41F before bottling, Draft Sake has